An area for players to gather and communicate about the club or Warhammer in general. If you aren't sure where a topic should go, start here.
Post Reply
4 posts • Page 1 of 1

Greetings all ye heretics and creatures of the underhives.
If you've not already seen, Warhammer TV recently posted an unboxing video of the upcoming Dark Uprising box set that showed off all the goodies therein. Enforcers, Corpse Grinders, and Zone Mortalis oh my! 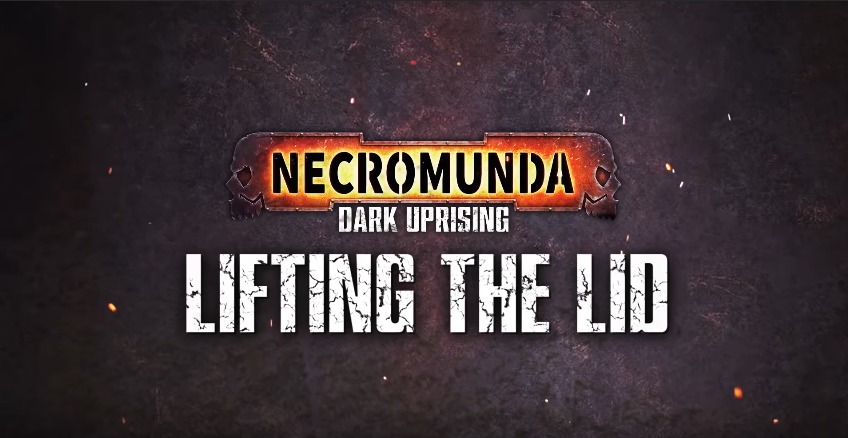 (Clicky clicky, ooh I can bbcode!)

There's a ton of good stuff in there but unfortunately not all of it is stuff that I personally could see myself using.
The Corpse Grinders in particular aren't all that appealing to me. I'm much more of an Enforcer kinda guy (already got some of them, actually!), and there's so much damn terrain that I don't think any one person could ever paint it all up.
Luckily we are (presumably) more than one person! The box is just under $300 (Or about $230 with the current Fall Sale at the bunker), they say it's the biggest single set they have ever done.

Such is my proposition.
I want to split up the Dark Uprising box, chiefly the Zone Mortalis and other terrain content, to give back to the group as public-use terrain for everybody to enjoy.
There are, I believe, 23 sprues total in the box (not including templates) according to the video. 3 each of the Corpse Grinders and the Enforcers, 15 Zone Mortalis, 1 of the Thermic Plasma Conduit pipes and 1 Necromunda Barricade set.
Gangs are generally in the $42 range for a box of two sprues so I figure with the combined deep discounts of the store and of the box itself, it would come to about $30 for the three sprues of either gang.
Now I plan on dropping some of that myself for the purpose of keeping the Enforcers, so that leaves $30 for the Corpse Grinders--including all three of their sprues and the bases to put them on.

Those two out of the way leaves $173 for the remaining terrain sprues. The Zone Mortalis, the pipes and the barricades. As I said I have a dream of them going up as public use terrain for the group so the more people potentially willing to assist the better; it would be an investment for all of us to enjoy. I of course would be the first to throw down both some money for the purchase and some time to get it painted (not ALL of it, I'm not insane!) but that's to be decided after the purchase is made I think. Exactly how much per person of course depends on how many people are willing to help and what they are willing to give towards the purchase.
Just keep in mind that the sale ends on the 18th, after that the box goes back to $290 and will thus become a little harder to acquire. It won't be the last sale ever of course, but with how good a deal Dark Uprising is I suspect it might not be around for the next one. I wish this weren't such a short notice proposition but I only just discovered today how great it would be for the group to have.

So that's my pitch. If anyone would be willing to throw their hat into the ring and help the group get ahold of some new goodies (Or maybe even just a snazzy new Necromunda gang!) it would benefit us all. I'll be coming around the shop tomorrow, the 17th, to do a little perusing and handing out fliers for the cause maybe searching for a pick-up game, but we have until Monday night to make the final decision. If you want to help out let me know, and if not then thank you anyway for your time!
Top

I'd personally take the Corpse Grinders off of your hands.

I'm talking with the rest of the Officers and we might have the club buy the terrain. After all, isn't that what we have membership dues for?

I'm not sure if it's in the budget to buy up multiple sets so close to the end of the year. But a slow grow over time would certainly be a possibility.
Top
Post Reply
4 posts • Page 1 of 1